This week we began our dinosaur unit. We began by talking about how we can see lots of dinosaur relatives here at Woodend every time we see a bird. On Monday we hiked to the giant bird’s nest. The kids pretended to be dinosaur eggs that hatched into baby dinosaurs for our hike. 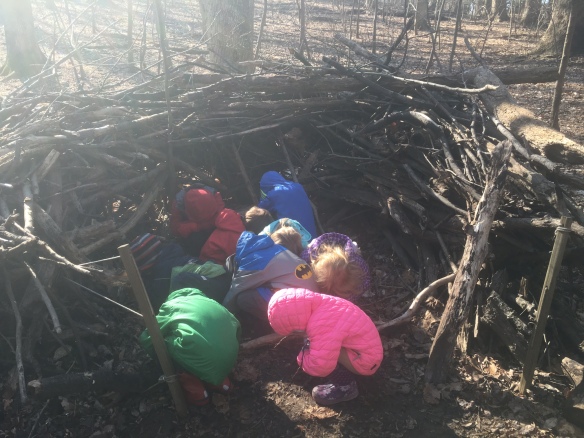 On Tuesday, we hiked to the lookout and saw lots of signs of Spring. The snowdrop flowers are in full bloom. Thanks to the lovely weather, the PM class got to spent the entire day outside! They decked themselves out in the paleontologist gear and searched for dino bones in the dirt. While at the lookout they found a log-bridge to use for a creek crossing.

Wednesday’s nice weather warranted a walk to the Ultimate Climber. While there, many of the AM kids played on a wobbly log (which was actually a surfboard-ship) and had some high-seas adventures! The PM class continued to work on their balancing skills and many of the intrepid Nature Detectives went further along the balancing logs than ever before! On the walk back to the school we observed some frog eggs and tadpoles in the pond!

Circle Time at the pond!

Thanks to our froggy discovery on Wednesday, the kids decided Thursday would be a good day to bring mud boots and have a pond day! Both groups of Nature Detectives spotted more frog eggs, more tadpoles and even some frogs! The AM class found a great log to use as a bridge and they took turns crossing the creek! The Paleontologist Nature Detectives also had fun melting ice-eggs on the stage and discovering tiny dinosaurs inside!

Having a lavaly day at the Nature Preschool! 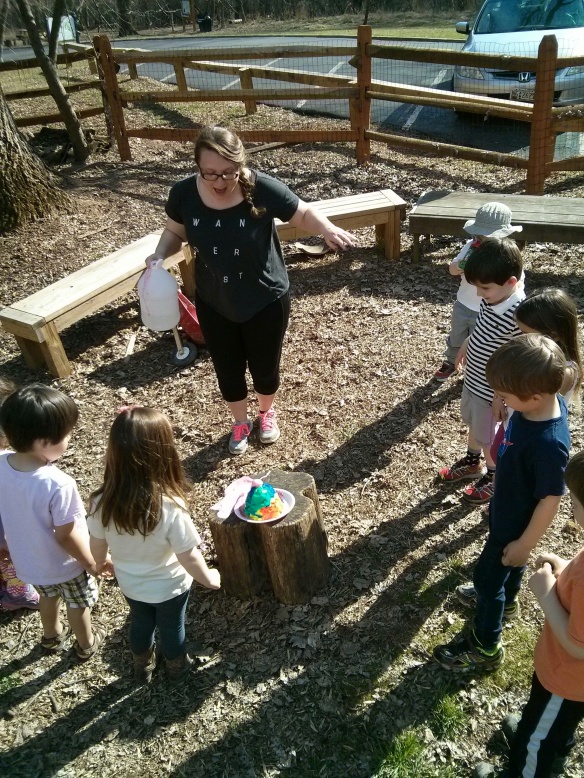 This volcano was dino-mite!

As always, the classroom was a busy place. We kicked off the dinosaur unit by having something new in every activity area! The kids had lots of fun dressing up as Paleontologists in the dramatic play area. They even had the idea of bringing a computer keyboard into that play area so they could log their discoveries. 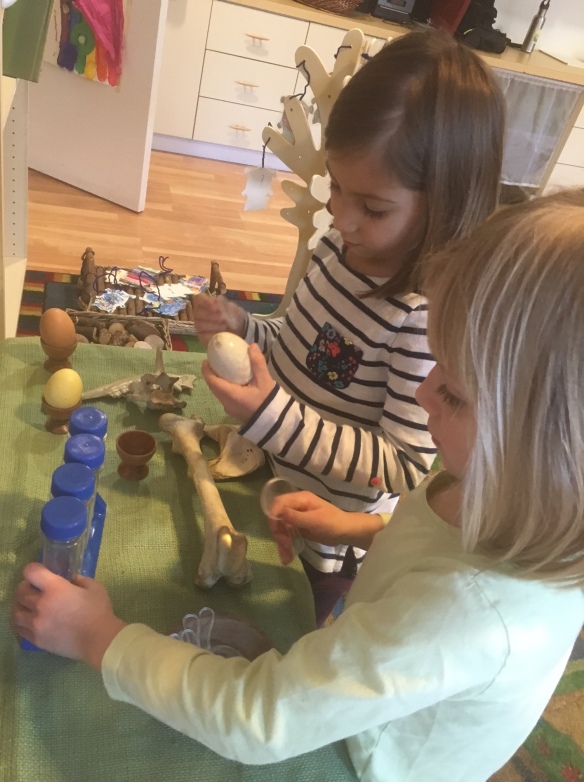 In the block area the kids built elaborate, expansive dinosaur nests for the dinosaur eggs and on the rug, more dino-egg fun was had with tiny dinos and their large plastic parents. Later in the week, the Nature Detectives used Zoobs to make dinosaur bones inside large dinosaur shapes which had been taped onto the rug!

Inside the lab table the Nature Detectives got to search through the sand for bones, and more bone exploration could be done at the discovery table where the Paleontologist Nature Detectives could use magnifying glasses to inspect more bones… even a giant T-Rex skull! (Really a cow skull.) The Nature Detectives also got to use the light table to examine animal x-rays! 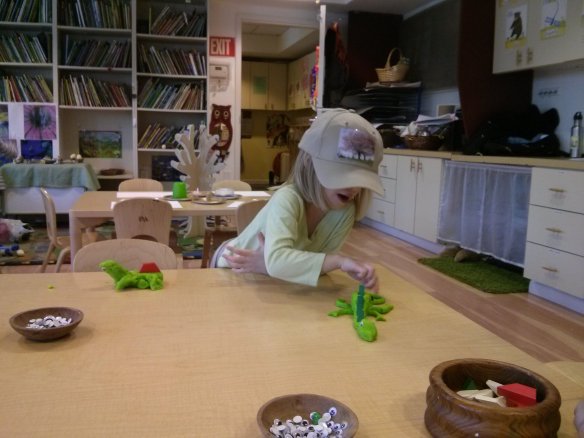 A rare sighting of the Flopasaurus

Lots of dino-themed art was created this week. On Monday, using different sized circle shapes, the kids made fascinating circle art. The Nature Detectives also glued spaghetti-dino-bones onto dinosaurs to make dinosaur skeletons! On Wednesday the Nature Detectives made giant play-dough volcanoes and then watched them erupt outside! To cap off our first week of Dinosaurs, the AM kids made salt dough dinosaur fossils!

I have a bone to pick with you

Spending the whole day outside!

climbed up to the top

of a volcano that was ready to pop!

Out came the lava so very, very hot

and the little baby dinosaur

ran home without a stop! 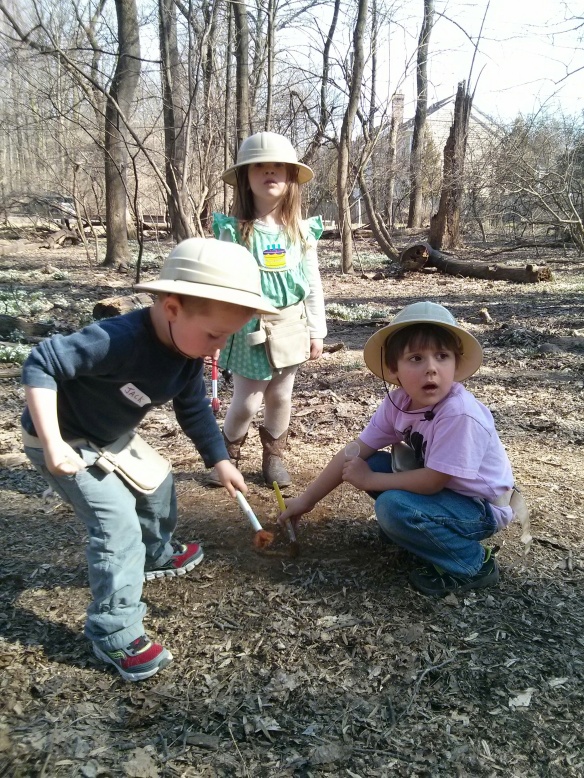