Undeterred by chilly weather, the Nature Detectives bundled up this week and got outside for lots of adventures. We started the week with a hike over to the Ultimate Climber for some climbing and balancing on fallen logs. The afternoon class had fun pretending the ground was hot lava which needed to be avoided by staying only on logs. 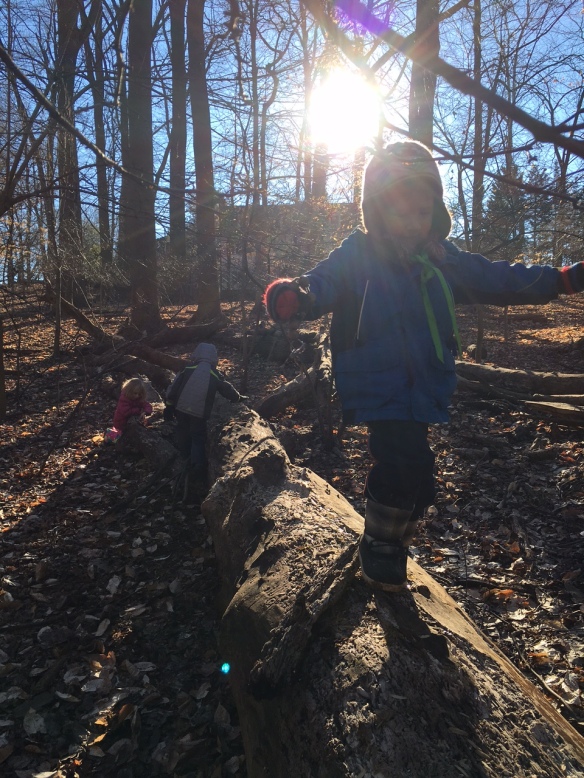 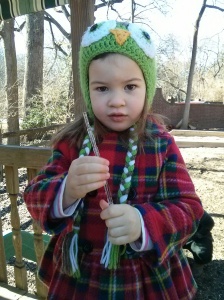 For the second straight week, we continued to talk about nocturnal animals. This week we learned about owls and foxes and on Tuesday the Nature Detectives used their owl eyes to play a fun game of hide and seek at the Lookout. 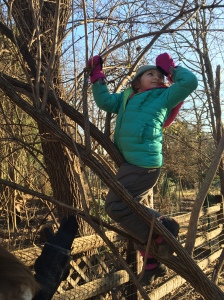 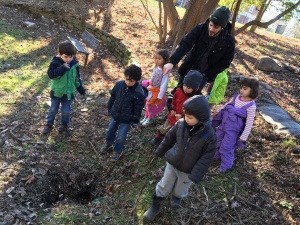 For our Naturalist Hike with Ms. Alex we hiked up the big hill to the Upper Fox Den. While there the kids got look at a fox skull, feel a fox pelt, and learn about how foxes can use their super sense of smell to track mice through as much of 2 feet of snow and pounce on them for a meal! While on the hike with Alex, we also saw lots of deer, and even had a few sightings of a buck with only one antler! 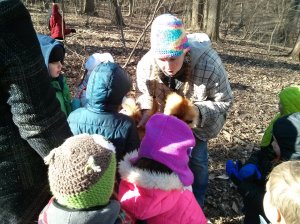 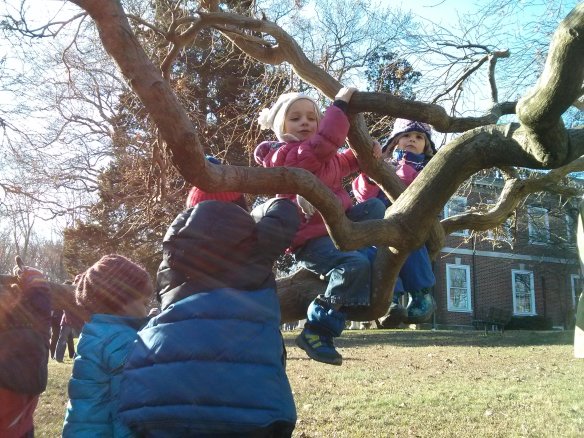 To cap off our week outdoors, on Thursday we hiked to the fox den in the meadow, and even discovered a new fox den by the sunken pond! While exploring the new fox den at the sunken pond, the nature detectives also looked for signs of fox activity, as there was a fox sighting in that area earlier in the day! 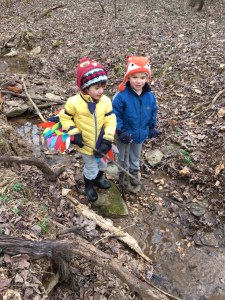 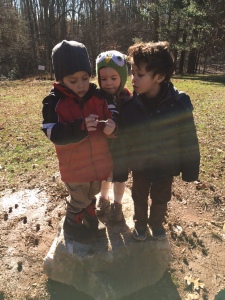 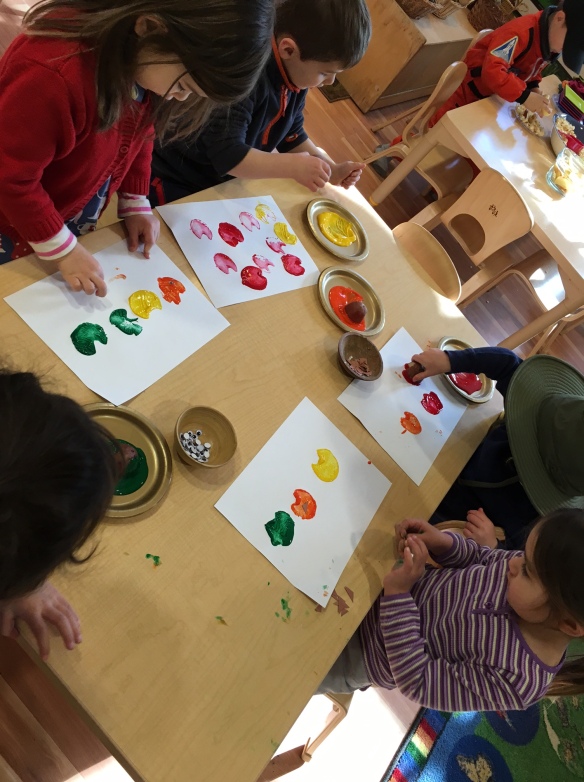 In addition to creating birthday book art, the kids also made googly eyed owls with stamps made from potatoes, feathery owls from recycled paper towel rolls and fancy fox masks. 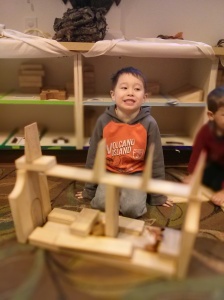 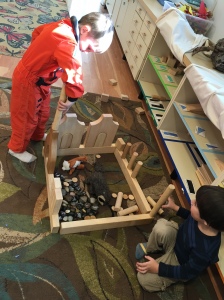 The kids also used their foxy super sense of smell to sniff some mystery scents and vote on their favorite. At the end of the day, we counted up to see how many votes each scent (orange, lemon and cinnamon) received. We also made some nice smelling snow in the lab table by shaving bars of soap to make snow! 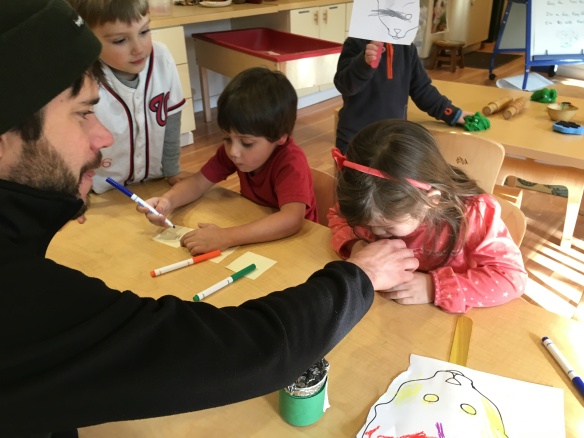 I am Nocturnal (Owl Verse) (tune: You are my Sunshine

I love the nighttime, the dark black nighttime

and that is when I swoop around

I love the nighttime

‘cuz I’m an owl, I swoop without a sound 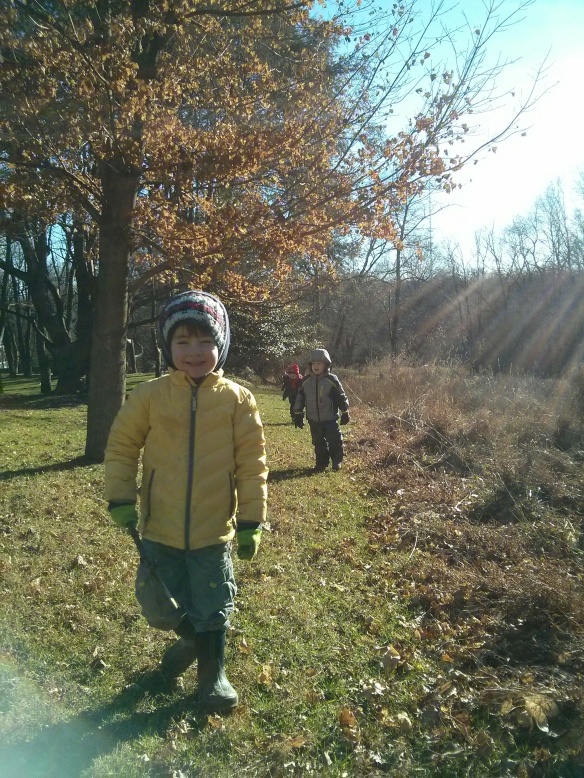 Next week we’ll learn about MORE nocturnal animals when we talk about skunks, bats and moths!