This week the Nature Detectives faced wet weather, but still managed to get outside for some great adventures! We went on a bear hunt around Woodend and looked for signs of bears in a variety of habitats. The kids made maps of where they might look for bears and we set off in search of bear pictures around the sancuary. We talked about how bears often like to live up high on mountainsides, but can also be found in and around other habitats like meadows, ponds, and forests. 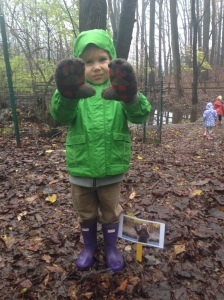 The Nature Detectives also noticed some clues that the fox den is active again! They saw signs of tracks, smelled animal smells, and signs of a recent meal near the den! 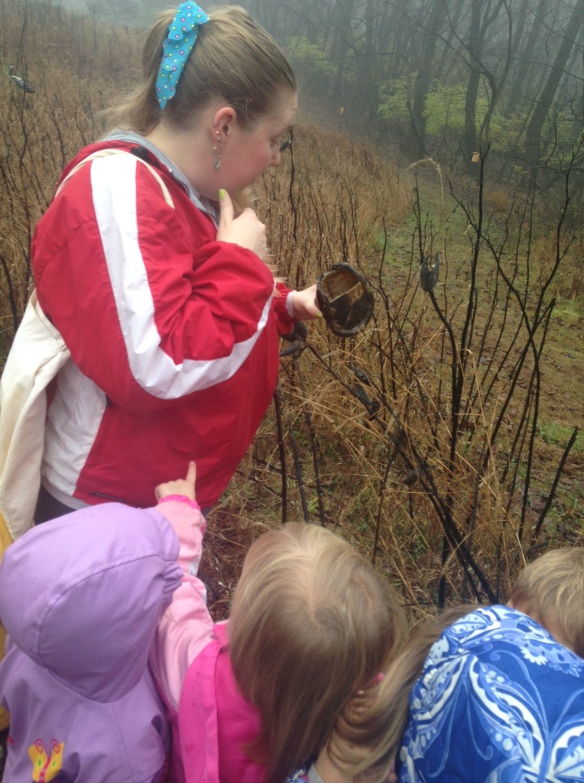 We also had a GREAT campfire where we got to toast marshmallows, sing songs and enjoy the smell and warmth of the fire! The Nature Detectives had lots of great ideas about how to be safe and responsible when building and enjoying a campfire.

In the classroom the Nature Detectives were busy as always! They played in a campsite in our dramatic play area, built cabins and houses with Lincoln Logs, worked on puzzles and played with water in the lab table! 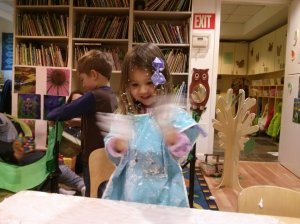 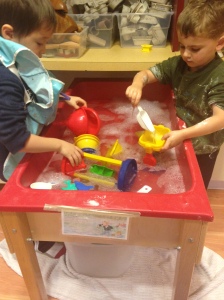 The Nature Detectives were also busy artists this week as well. They invented their own constellations by making art with chalk and black paper. They also made bear hunt maps, binoculars from recycled items, and finger paint campfires! 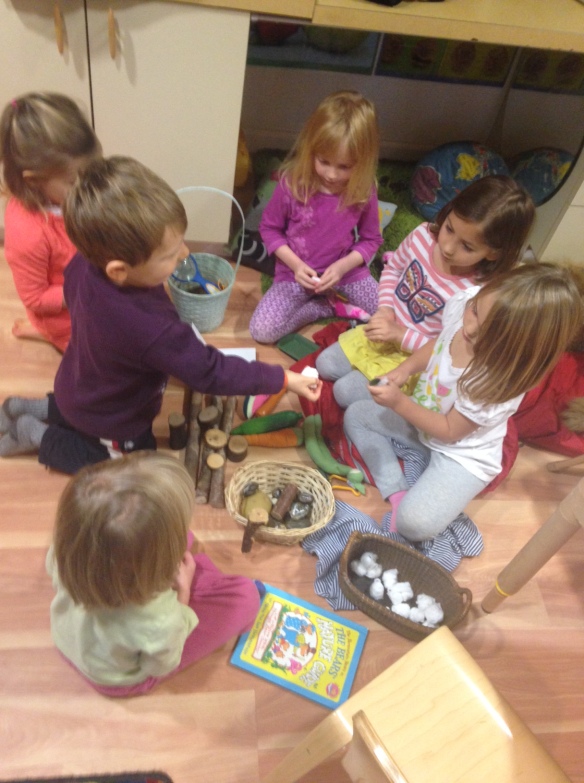 The Nature Detectives also got to do some experimenting when they made chocolate scented goop! 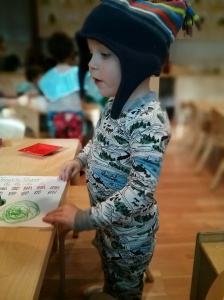 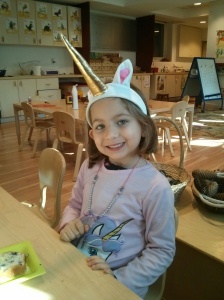 Of course, we capped the week off with an awesome Pajama Day!

Into the Outdoors by Susan Gal 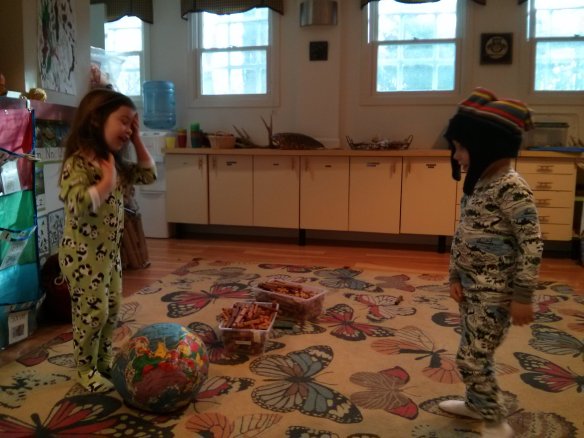 I See The Moon 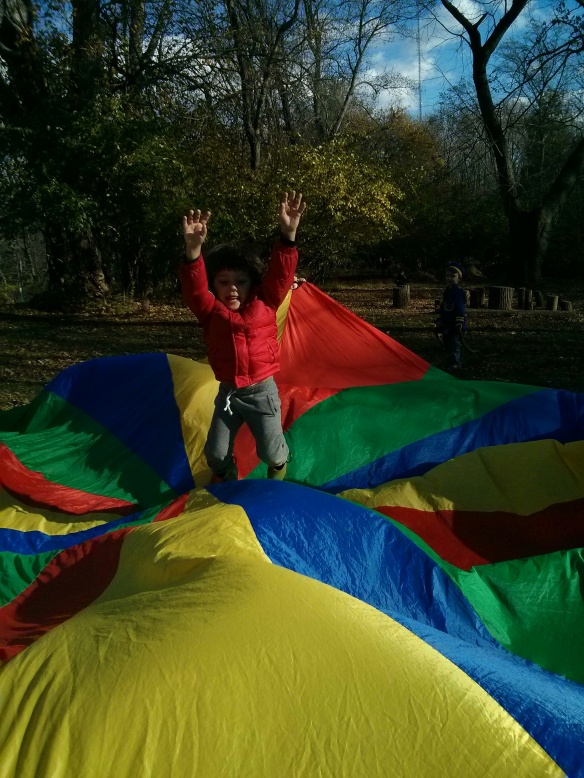 Next week the Nature Detectives will start preparing for Winter at Woodend!